For the first 5 weeks we lived in Granada, we stayed about 4 km outside of the main downtown area. After touring Nicaragua with our visiting family, we spent our final 9 Granada days right in the center of town: one night at an AirBnB and then the rest of the time house and pet sitting. Our house sit home was lovely, with an open air kitchen and dining area, two balconies, two ensuite bedrooms, and another half bathroom. The funny thing with colonial style homes in places like Granada is that you never know what you’ll find behind very unassuming front entrances. 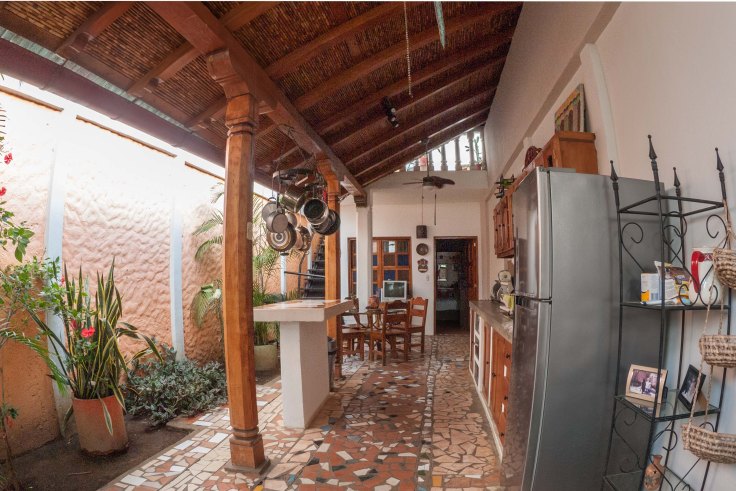 Our charge for the week was Chuy the chihuahua. Chuy (aka Chuy Bear!) has some health challenges and couldn’t go out for walks while we were with him, but he was a sweet companion when we were home, which was much of the time.

It was very hot in Granada in the beginning of April and, since we didn’t have a pool in our home (boohoo), we went to one of the hotels. There are a few around that allow day access to their pools where you can swim, have a drink or two, and just hang out. Hotel Granada is frequently mentioned as the nicest, but it is also the most expensive at $10 USD per person. We went to Mansion de Chocolate, the home of ChocoMuseo, a few blocks away from Parque Central ($5). There are lots of chairs and lounges, and the staff is helpful in moving them around to make you comfortable.

The gardens and pool are nice, though the pool is getting quite worn with tiles falling off. We even found little piles of fallen tiles at our feet in the water. The water was a little cloudy as well, and very, very warm. The ducks didn’t seem to mind the warm water, or that there were people in their pond. Drinks and snacks were reasonably priced. We ordered a chocolate fondue with fruit. For about $3, we assumed it would be tiny, but a dinner plate arrived, heaped with fruit and smothered with dark chocolate sauce. I found the chocolate tasty though a bit gritty, but we managed to eat the entire plateful.

We enjoyed several restaurants since so many were only a short walk. We tried:

We didn’t do anything adventurous during this last week, but we did enjoy meandering the streets a bit more. 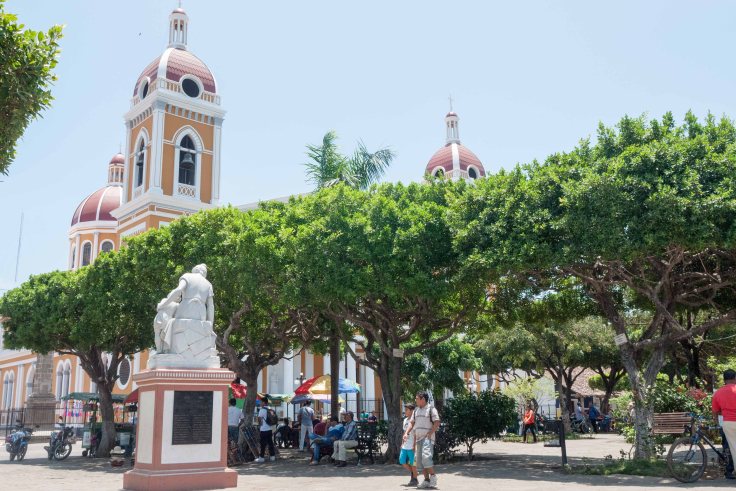 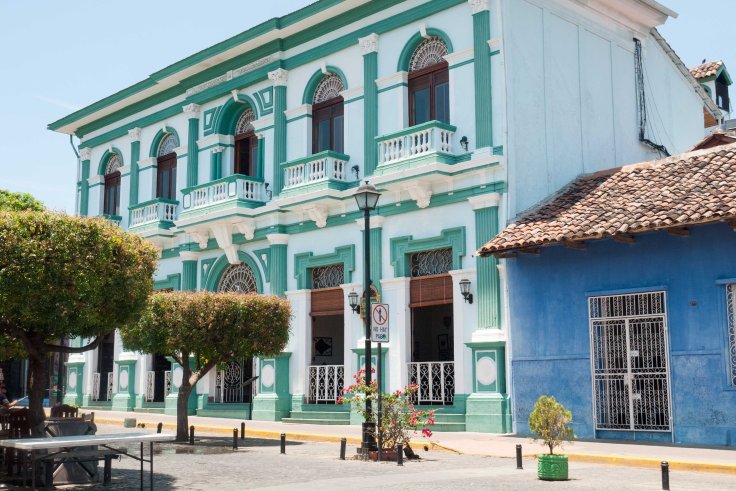 We really enjoyed the chaos of the market street and the shambles of lean-tos that is the market here, so we had to visit one more time before leaving Granada. 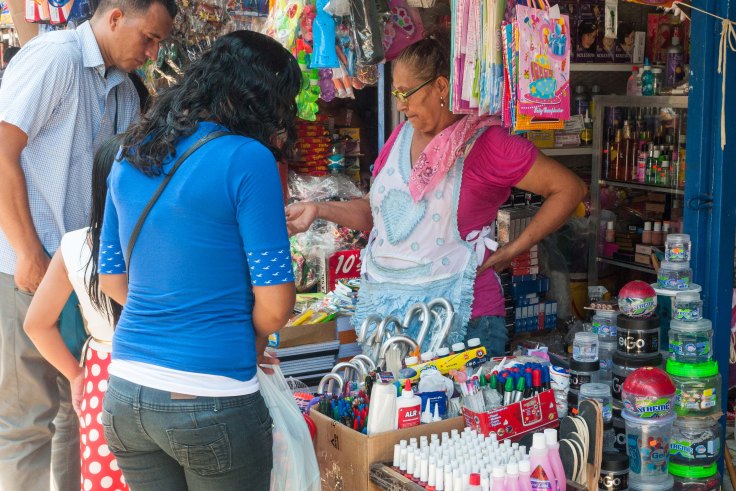 We had been withdrawing córdobas as needed during our time in Nicaragua, so had no use for the money changers. Since we didn’t want to end up with too many córdobas at the end of our time in Nicaragua, this time we withdrew US dollars from the ATM (larger withdrawals mean fewer ATM fees) and used the money changers a couple of times to change small amounts as we needed them. Money changers are easy to spot. They are the fellows on street corners, usually in front of banks, shaking and fanning large stacks of bills. We were told that these fellows are generally safe to use and they did offer a reasonable exchange rate. Ask how much ahead of time and they’ll show you on a calculator.

Is Granada that place? We really enjoyed this city. There is a large body of water, but the part of the lake within walking distance isn’t swimmable or that pleasant. A few kilometres farther along the lakeshore is the gorgeous Las Isletas area. You can reach the ocean, with its many fishing villages, beaches, and party/surf towns, in less than two hours. The architecture and homes are interesting, there is good access to fresh produce and modern supermarkets, and prices are reasonable. Managua, about 40 minutes away and reachable by bus, has any services and shopping that you could want. But even with all Granada has going for it, these boots (or flip flops) will keep on walking, at least for now.

One thought on “Granada: Our last words”