Mostly, we are relaxing here in Deal. We walk to the beach frequently, take Coco for a swim, and occasionally stop for a coffee or drink at a seaside cafe. The larger grocery stores and shops of High Street are close to the beach, so a seaside walk also gives us a chance to restock in small doses since we don’t have a car to haul bags back home.

Thursday evening is bell-ringing practice night at the church just around the corner. On the first Thursday, we thought there must be a wedding or christening or another event that would cause the bells to be tolled for so long. After the second Thursday night, when the bells rang out again, Dr. Google helped me to find the answer. Now we look forward to our Thursday night concerts.

Contrary to my comments in our last Deal post, we’ve decided against a rental car–the bus and train have been great for getting us where we wanted to go. Though we could explore farther with a car, we can only be away from our furry friends for a few hours. Home is comfortable, the weather has been mostly good, we have everything nearby that we need, and we have pets who appreciate us being around. 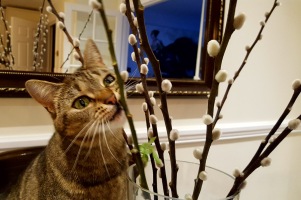 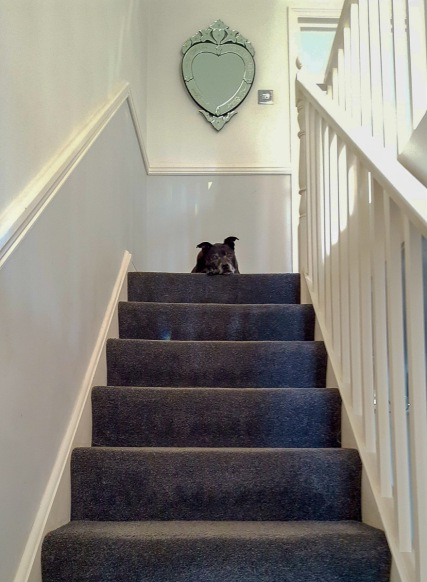 The bus to Dover is not very direct, but the winding in and out of neighbourhoods and communities is part of the fun. We hopped off at the Dover Castle stop, took a wrong turn as we tried to find our way to the castle (following two women the bus driver pointed us to when we asked for directions, giving us false confidence that they knew where they were going!), but finally found the way in. (Tip: Walk down the hill from the bus stop in the same direction the bus is going and then you won’t miss the entrance. )

Dover Castle looms large from its hilltop position, now overlooking the ferry and cruise ship docks, and the city of Dover, below. 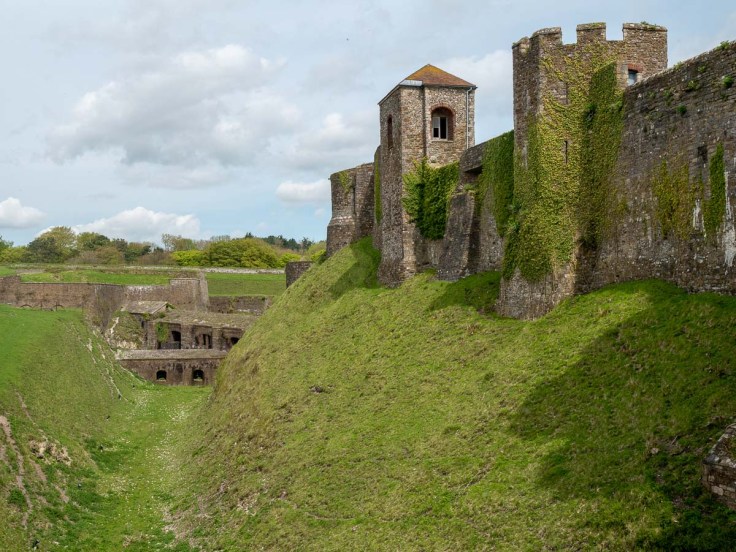 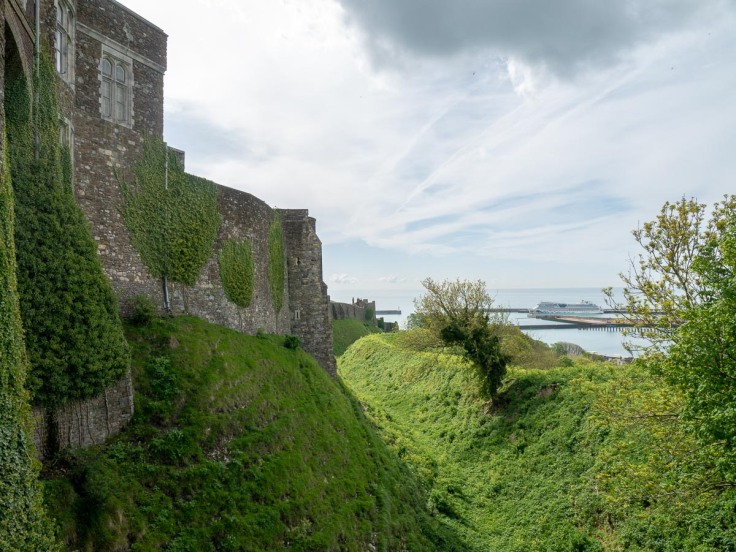 We only had a few hours to visit and wished we had at least a couple more. As well as climbing around the castle (be prepared for plenty of stairs) and viewing the displays therein, the grounds offer up several other activities and exhibitions.

We were able to get into The Underground Hospital Annexe for a 20-minute tour of a wartime medical facility set up in a warren of dimly lit tunnels built into the cliffs (no photos allowed). We didn’t have time for the 60-minute tour and multimedia display in the underground staging area for the Dunkirk rescue of over 300,000 troops, and were unable to get into the medieval tunnels as they were flooded by the previous day’s rainstorm. The views from the castle and grounds are lovely.

The first time we visited Sandwich a friend of the homeowner where we are house- and pet-sitting picked us up, along with Coco the dog, and drove us out to Sandwich Bay for a walk. As we neared the bay Mark pointed out The Royal St. George’s Golf Club. We obviously didn’t respond as he expected because he immediately asked if we weren’t into golf (we are not). This club is one of the courses where UK’s The Open Championship is played and if we knew anything about competitive golf, we would probably have been suitably impressed. There are two other golf clubs along the same stretch of coast and we followed our walk with a pint at Mark’s regular greens, Prince’s Golf Club.

Since we had driven through the village of Sandwich with Mark, and not stopped for a visit, we went again on our own, by bus from Deal, so we could wander about this medieval town. 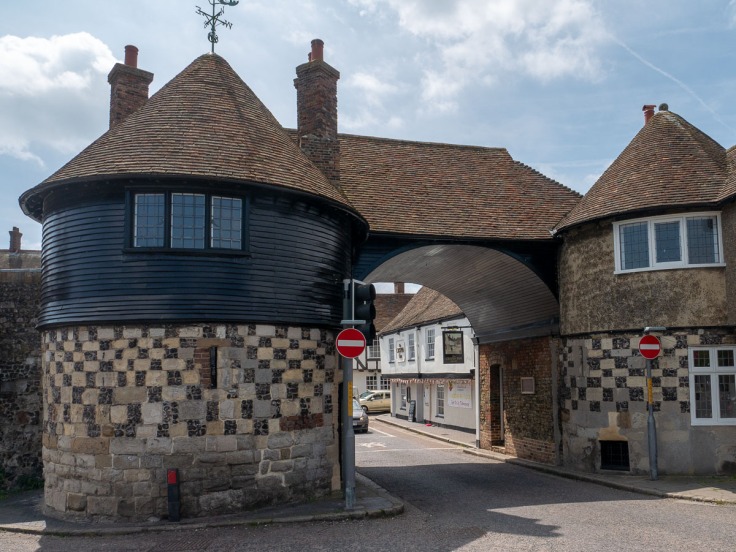 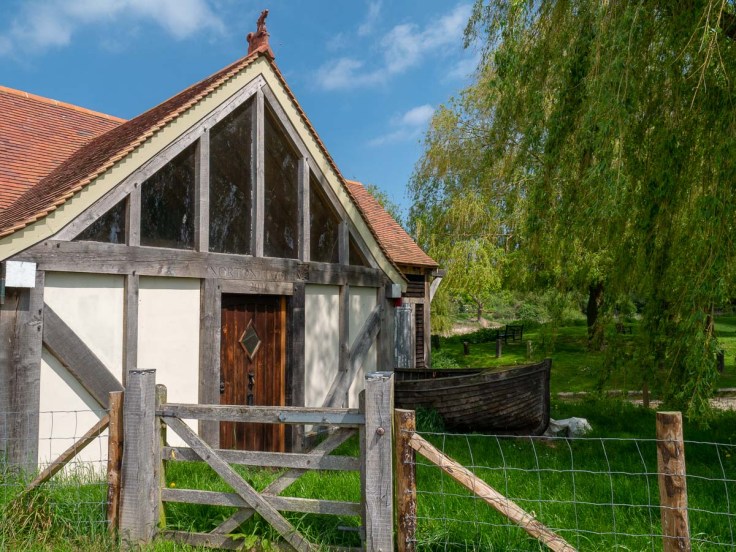 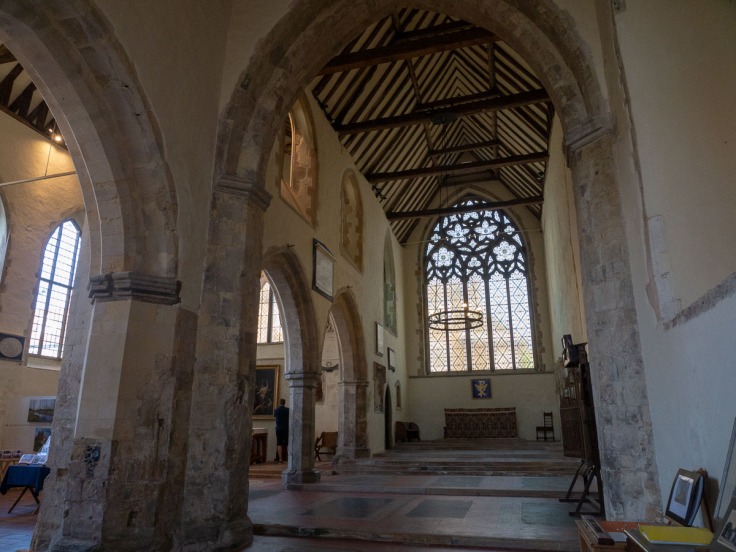 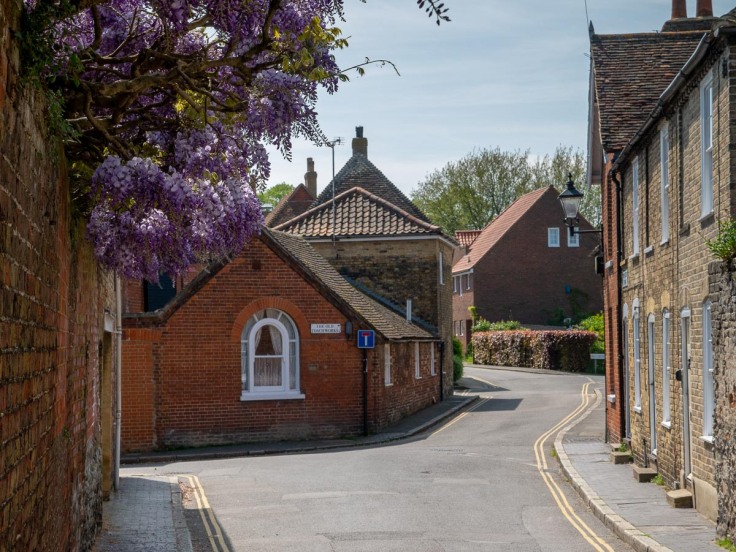 Our homeowner’s friend, Mark, helped us out again by giving us the time to take a trip to Canterbury. Shortly after we left the house Mark came to pick up Coco for a walk and stayed with her for a while, giving us plenty of time to train to and from Canterbury and to really enjoy our time there. 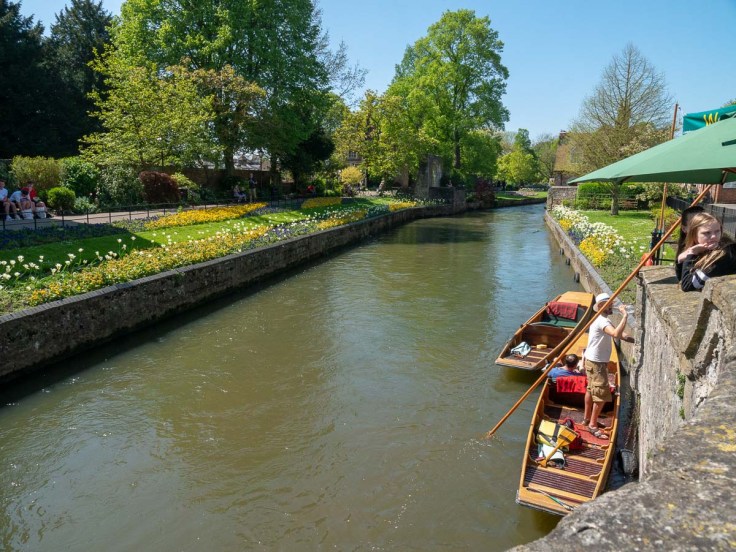 The Canterbury Cathedral is the main attraction, even during restoration. Scaffolding and barriers block parts of the outside. 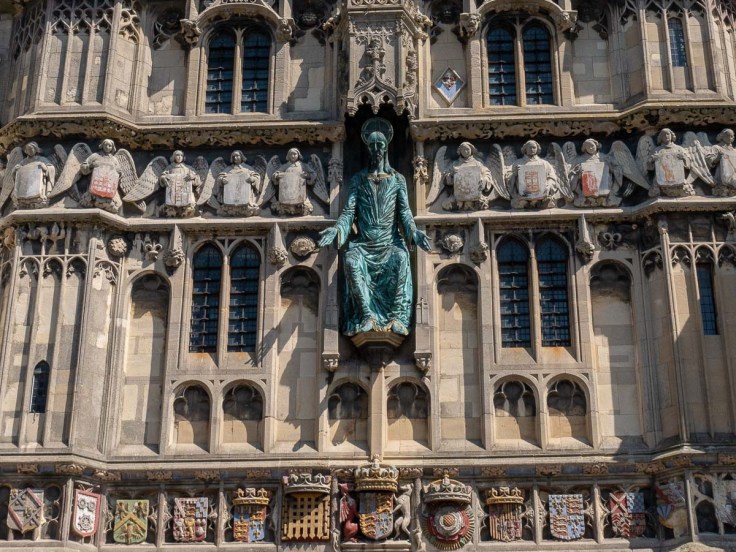 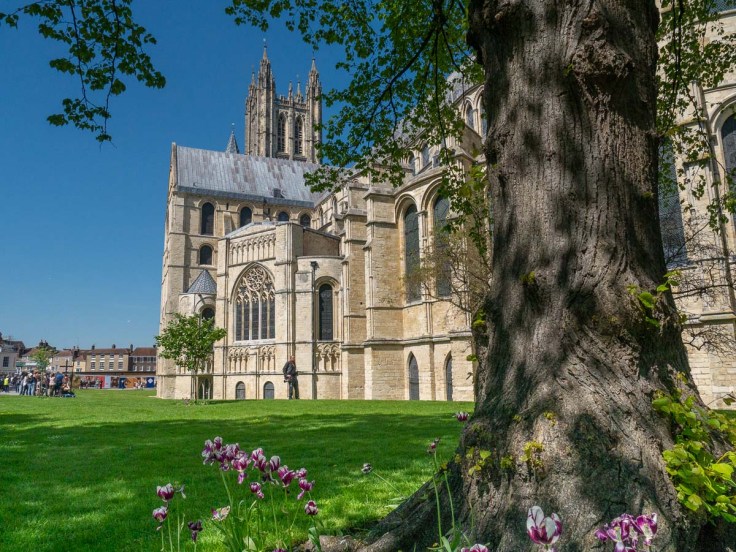 Much of the interior heights are cut off from view by temporary ceilings, which form floors for work crew. Countering some of the ugliness of the construction work, a huge and dramatic art installation called Suspended fills the space above the pews.

The main part of the cathedral was to close at 3:00 pm for Evensong, but while we were there we were lucky enough to hear both the chamber orchestra and later the choir rehearsing for the afternoon performance. We sat for a while beyond the pillars letting the music ebb and flow over us.

On our way back to the train station we passed a park that, in the morning was scattered with vehicles and workers. By the afternoon a music festival was in full swing. It was free to attend but there was a line to go through security. Had we waited to be cleared to go into the park, we would have missed our train back home. 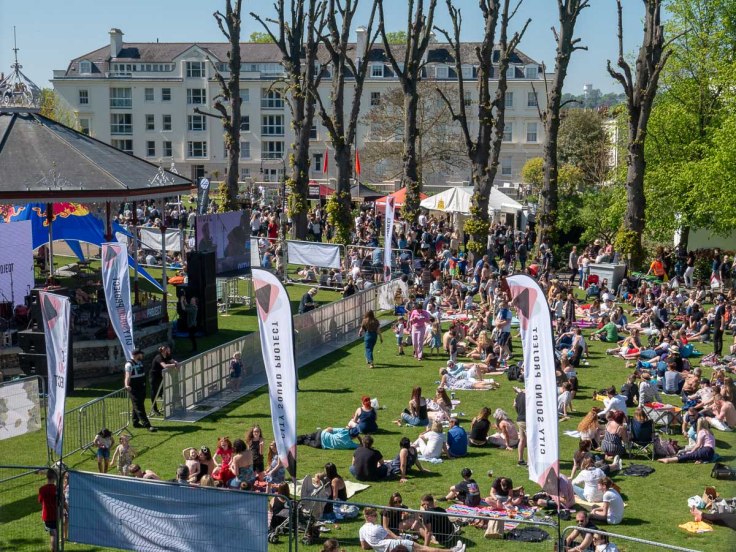