The transit system in Medellín is a source of pride in the city, and with good reason. It has received awards for its innovation and impact on the lives of those it serves. 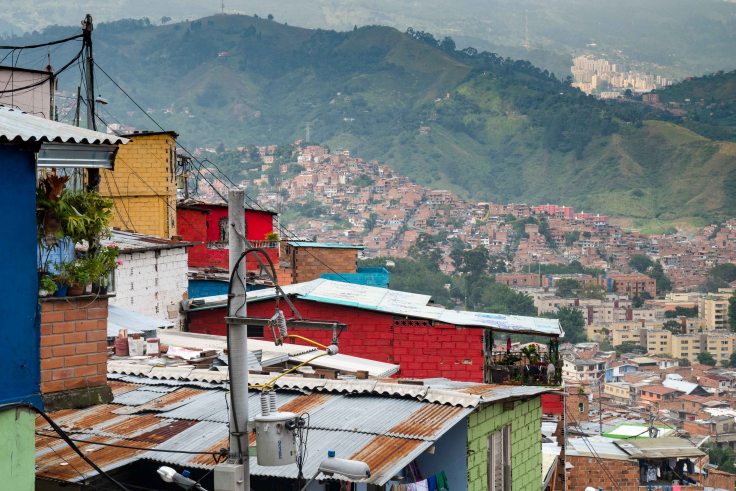 Medellín is a city of more than three million people, and many of those live in houses-built-upon-houses, high into the mountains. With no vehicles and only steep stairs and cobbled, winding roads, their mobility–and access to jobs and other economic activities–was severely limited. The transit system now includes gondolas that crawl up the mountains on each side of the city and a pilot project of outdoor escalators in an area that was once considered the most dangerous, and that is being expanded to climb even higher. 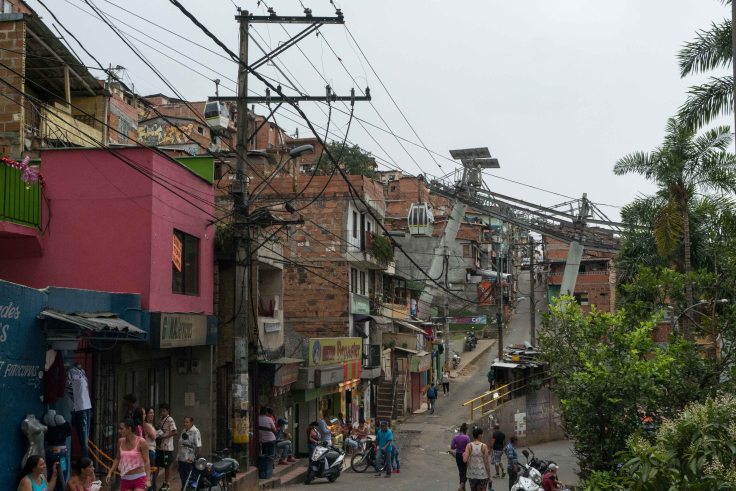 It’s odd to see a gondola structure piercing through the villages. It probably is not wonderful for those whose lives were impacted during construction and ongoing operation. But when you see the hundreds of thousands who are positively affected, you understand why it is so well respected.

The escalators are also a community art project with vibrant murals everywhere. 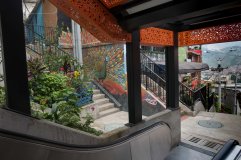 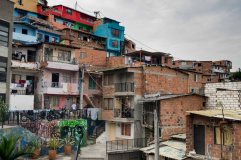 Even in these cramped quarters, plants and color are everywhere.

This fellow insisted on having his picture taken with Ken.

The gondola system on one side of the city has a turistica extension that costs a few dollars more. It takes you higher and higher over the villages and then just lush mountainside, and then horizontally for what feels never-ending over Parque Arví, a nature preserve at somewhere around 8,000 feet. Once there, you can take tours to see the plant life or archeological sites, or just walk on your own. It’s very hilly and, at that high altitude a bit difficult to navigate. We just walked a ways to a cafe and then back for the return trip–the gondola ride was the highlight for us.

And then there’s the metro trains and the buses that fill in the rest of the city. They are clean, easy to use, inexpensive and expansive. You can buy as many fares as you like and they are loaded onto a card. You scan your card to get through the turnstile, but insert the card if you are using the last fare on it. That way, the cards are continually reused. $2,150 COP (about 70 cents) for a one-way fare, which lasts as long as you don’t leave the system, including up the mountainsides on the gondolas. You can buy an integrado fare that will allow you to transfer to (or from) the buses as well. Bus drivers give change. 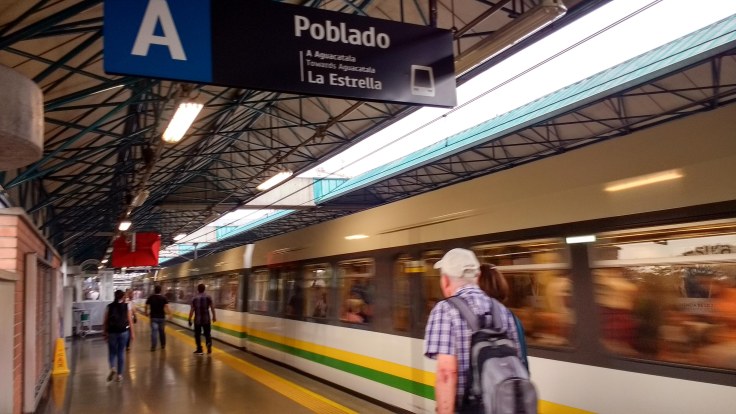