We had a deadline for our rental car return (we’ve been traveling by car since Zagreb), so couldn’t meander the coast as we are normally wont to do. The first part of the 3½-hour drive from Split was inland on fast, modern and virtually empty highways (the toll for this leg was about $10 CAD), but the second half ended up hugging the coast as well as traveling through 2 international borders. On this route, you go through the Bosnia-Herzegovina entry border, and then a few minutes later through the Croatia entry border.

Bosnia-Herzegovina has the second shortest coastline (Monaco has the shortest), and it splits Croatia into two parts. You can skip the border by taking a ferry out to an island and drive back (we think). We didn’t have time for this option, and the borders ended up being a very simple, no-wait task. We were warned by our Rabac AirBnB host that, in summer, you can wait a couple of hours to get through. If you hold off visiting until 2022, there just might be a bypass bridge.

The Dubrovnik airport is at the southernmost end of Croatia so we zipped past Dubrovnik and drove another 20km to the airport where our rental car was to be delivered. We were planning to take a shuttle bus from the airport, but when we arrived the airport was like a ghost town. At this time of year, it turns out, shuttle buses are scheduled around the arrival and departure of aircraft, and it was clear by the almost complete lack of cars and other activity that neither was expected around the time we were there. Thankfully, the fellow at the car rental agency suggested we return with the car to their city center location. Since he had already checked the car in, there would be no worry about returning it late or topping up the gas. This saved us a lot of time and money–we only had to catch an Uber from the drop-off point to the Pile Gate of the old city, just a few kilometres away.

Since vehicles do not drive inside the old city, we were dropped off at the gate, and made our way along the shiny marble roads to our AirBnB for the next few days.

I think the first thing I noticed in this walled city is how monotone it appeared. Everything is a creamy sand colour, thanks to the marble and limestone roads and buildings. 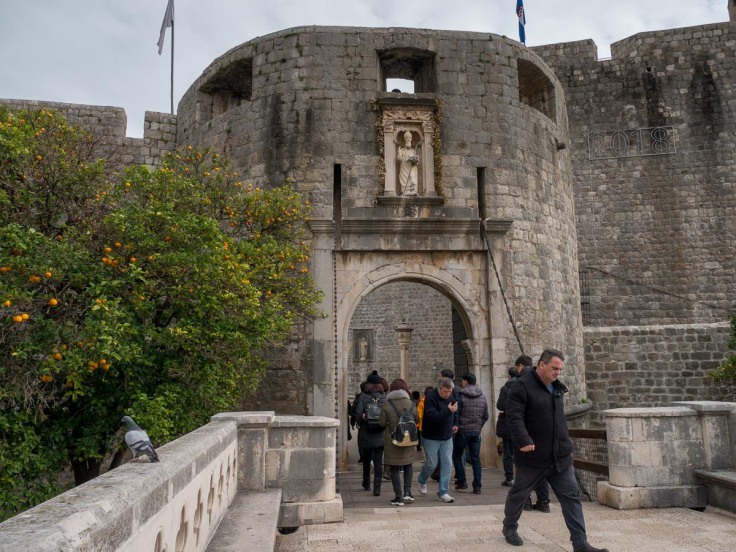 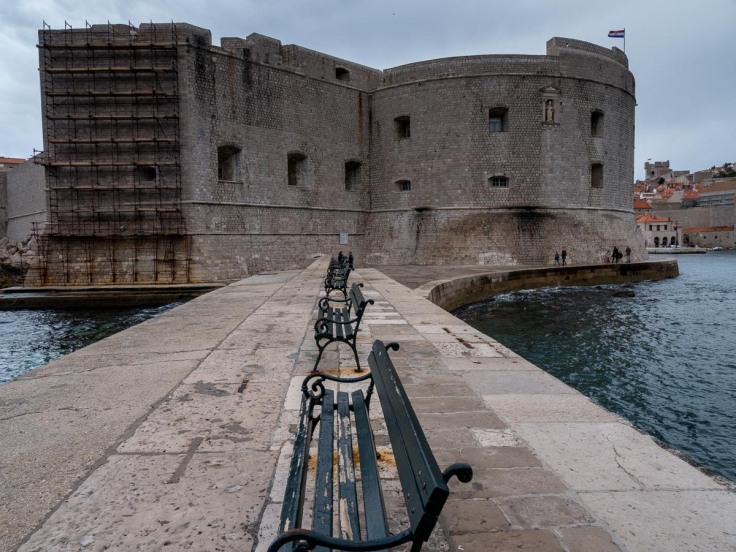 When you get above the buildings inside, the red rooves provide contrast. 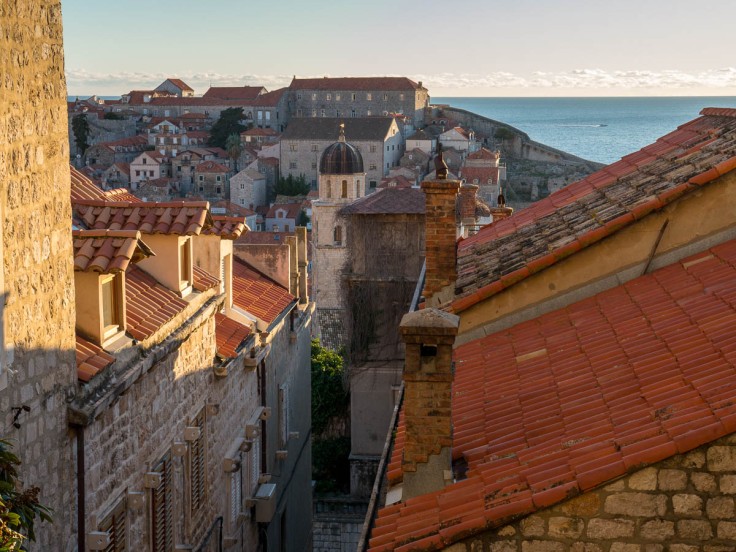 I loved that in this cramped old stone city, some thought was put into making play spaces for the kids. 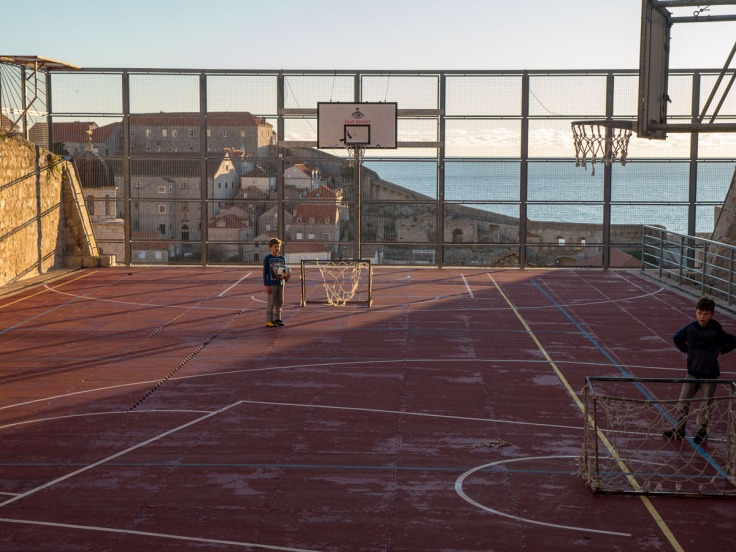 Many people consider walking the walls of the city to be a highlight (150 kuna, $30 CAD per person). We caught the views in other ways. We took a walk west of the old city through Gradac Park and beyond.

On one of my workdays, Ken hiked up the zigzaggy path beneath the gondola and enjoyed some wonderful birds’ eye views of the old city and newer areas. 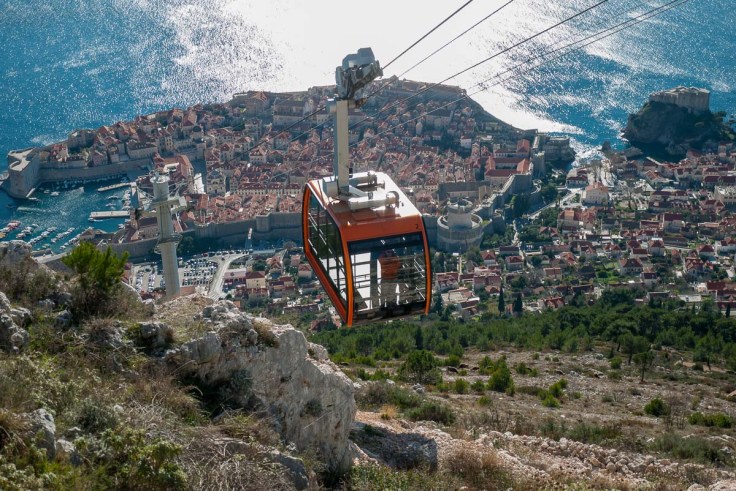 At night, in this non-nightlife season, the old city shows a quiet beauty.

And with that, we say goodbye to Croatia, at least for now.

Throughout Croatia, we giggled every time we saw these signs, and they were quite frequent. Sadly, we never did see any real examples.