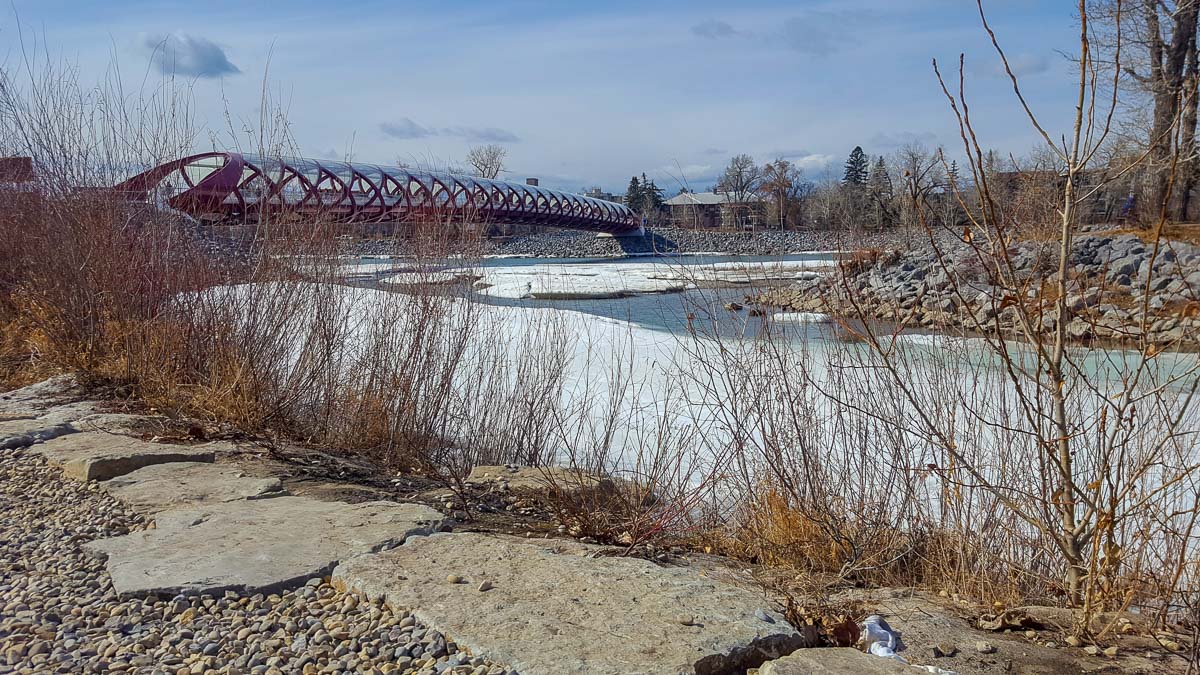 It was hard to leave the warmth of Southeast Asia at the beginning of March. We had only been there for 3 months, which seemed much too short, but we had medical commitments in Calgary, so leave we did.

After an overnight near the Vancouver International Airport, we hopped into our car (which had kindly been stored and then delivered right to the hotel by my sister) and drove to West Vancouver. We managed a short visit with Ken’s mom and our West Van friends before catching the ferry to my sister and brother-in-law’s place in Gibsons on the Sunshine Coast. Here we were able to retool our travelling gear from air/train/bus/boat to car, adding a cooler, bedding, lawn chairs, and bicycles to our kit. We had left some cool-weather clothes as well and swapped those into our suitcases to prepare ourselves better for the winter weather we were heading to.

Back in West Van, we spent a few more days camped out in our travelling friends’ condo before making the long drive to Calgary.

Calgary is definitely not our location of choice in March–in fact, we swore we would not spend another winter there. With what seemed like a lapse in judgement, in May 2018 we booked a month-long no-pet house sit in Calgary from mid-March to mid-April 2019. In October, Ken found out his eye surgery and follow-up appointments were scheduled for almost the same period turning this questionable decision into a serendipitous one. While in Singapore, we added another house sit week ahead of the long-planned one, this time with a beautiful Golden Retriever and a long-haired grey cat.

We also managed to check out two of Calgary’s newest buildings, one as a Spring Break outing guided by our grandson, Alex, and the other on a Date Night promotion offered through East Village. The next time I go to either of these unusual structures, I will go prepared to photograph. They are very inspiring.

Studio Bell is the new home of the National Music Center. It looks like it was built around the historical King Eddy hotel. Rather, the hotel was dismantled and then the facade was rebuilt and integrated into the new structure.

Back to the weather

Here is a brief chronology of the weird weather in Calgary.

Our second Calgary house sit (this year) is coming to an end. Next, we’ll spend several days with our family and celebrate our first Easter together in several years. Then back on the road to Vancouver for a couple of days, down to Washington for a fun family gathering over the last weekend in April, and then onto another ferry to what we expect will be a very interesting house sit. More on that in the next post.