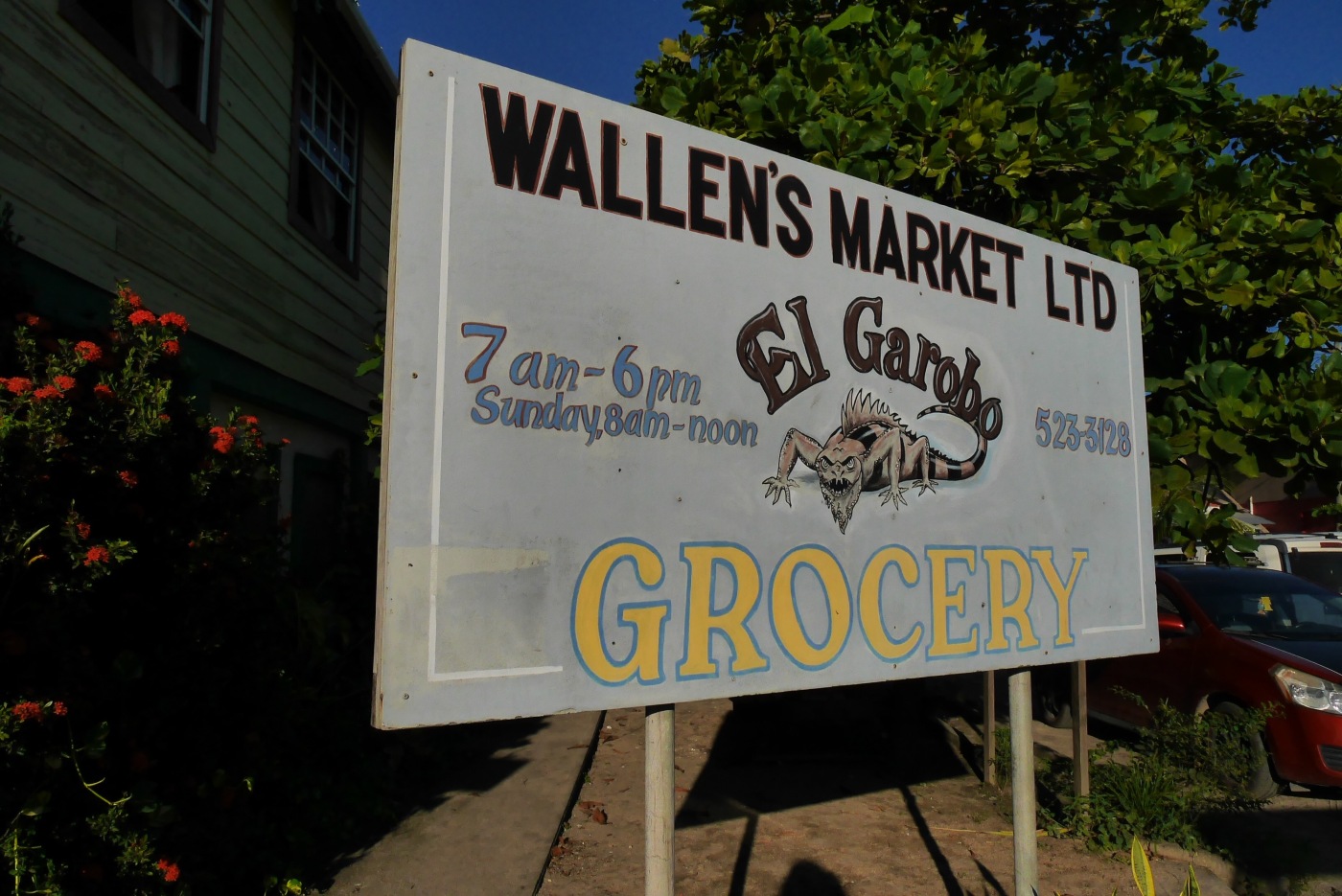 What we know after a week in Placencia, Belize

We had done our homework by searching the Internet and reading as much as we could about where to grocery shop in Placencia. We knew that we could pick up inexpensive produce at several markets, but to look for Greg’s truck by the soccer field almost every day. We knew to shop at the co-op down by the pier for seafood and to buy fresh fish off the boats at the pier in the evenings, especially Kevin. We knew to buy tortillas from Dave’s tortilla factory behind Omar’s, and bread from John the Bakerman across from Omar’s. And we knew that the best place to buy the rest of our groceries was at Wallen’s.

With all of these recommendations in hand, we were prepared to fill the fridge on our first morning in Belize. Ken strapped on our backpack, we mounted the cruiser bicycles that came with the house we were renting, and headed out on the 2 km road to town.

As we bounced over the potholes and roads-under-repair, we came across numerous grocery markets, including one I hadn’t read about at the beginning of town, and finally arrived at the one we think was Greg’s. Off to a good start, but we decided to keep going and come back to pick up our produce. After that, our quest was less successful. We found Omar’s, but no tortilla factory behind. We saw a sign for John the Bakerman, and followed it to where we thought it pointed, but we ended up at what we assumed was the pier. No John the Bakerman to be seen, no boats with fresh fish or Kevin. We locked our bikes, started down the sidewalk and came across the co-op, but instead of displays or baskets of fresh seafood as we expected, we found what looked like an office with nobody around. And still no Wallen’s grocery store.

Again on our bikes, we retraced our path back through town and spotted a Wallen’s sign right across from Greg’s produce. We locked our bikes on a sign in front of Wallen’s and then tried to find a way in. On the door was an hours-of-operation sign, which we were well within, along with a closed sign. I must have looked puzzled because a local sitting at a table nearby came to my rescue. “They’ve closed down,” he offered. “They still have the grocery store, but not this any more.” I asked him when, and he said it had been a few months. When I went back to my internet sources to check details I discovered part of the problem – my two key references had been posted in 2010 and 2012.

In the few days since, we have amassed the following information, current as of December 1, 2015: