Though, as close as the night before, this day trip just about didn’t happen (see TripBits, below), we ended up having a lovely time and were so glad we had persevered.

As we poured over the map and checked out the towns along the way, trying to decide how far to take the train, we came across a Rick Steeves posting with the headline Lugano: The Sunny Side of Switzerland.

Weather checks suggested that the next few days would be cold, and snowy or rainy everywhere nearby but, for Lugano, the prediction was for sun and temperatures several degrees warmer. Sold!

Lugano is a town on a little peninsula of land that juts into Italy. It is the capital of Ticino, a canton of Switzerland, and the only one where Italian is the sole official language. With a two-hour train ride through the Alps, we moved from hearing the greeting Grüezi to Buongiorno, from German signage to Italian. If we didn’t know better, we would have questioned which country we were in.

Right from the train station, the views are lovely. 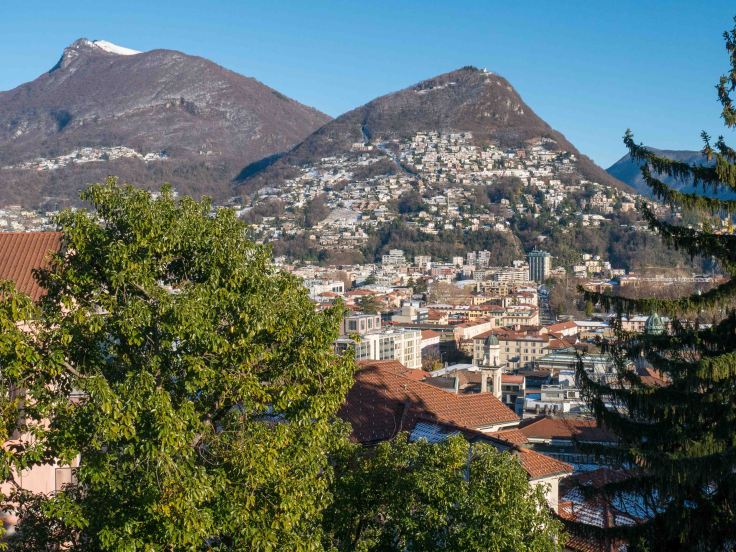 Our only plan was to take the funicular down the cliff into the village and walk around. We found the funicular (go down the steps at the train station and under the road) and tried to pay the posted 1.30 CHF, but the cashier waved us off with an Italian explanation (that we did not understand). Not sure why, but the ride was free.

At the bottom of the tracks (a very short distance, and easily walkable), we found ourselves in narrow cobblestone streets and pedestrianized areas. Within a few blocks we were lakeside. 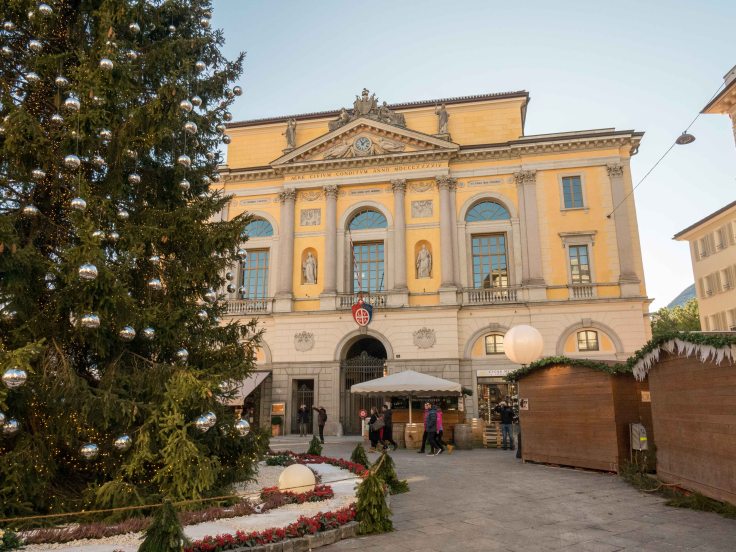 Wandering along the lakeshore, we came across the Lugano arts and culture center, jutting out to the lake. It was obviously part of the holiday festivities as tables were set with fondue pots and people were just beginning to settle down with their bread, cheese, and wine. 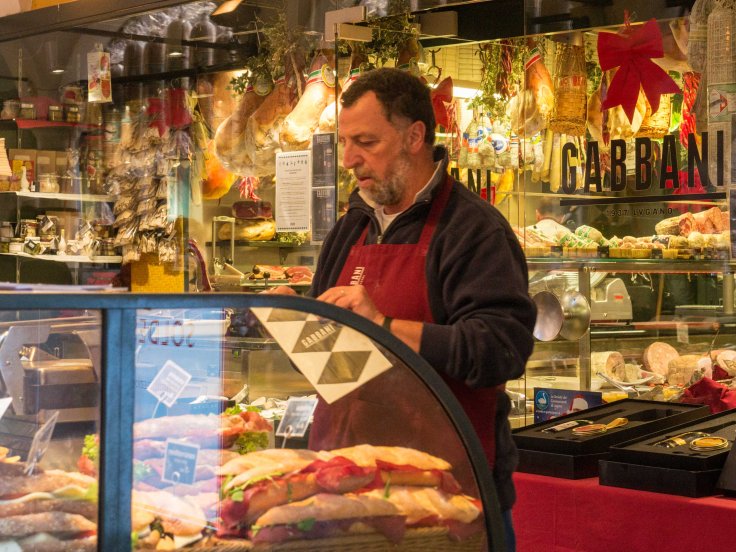 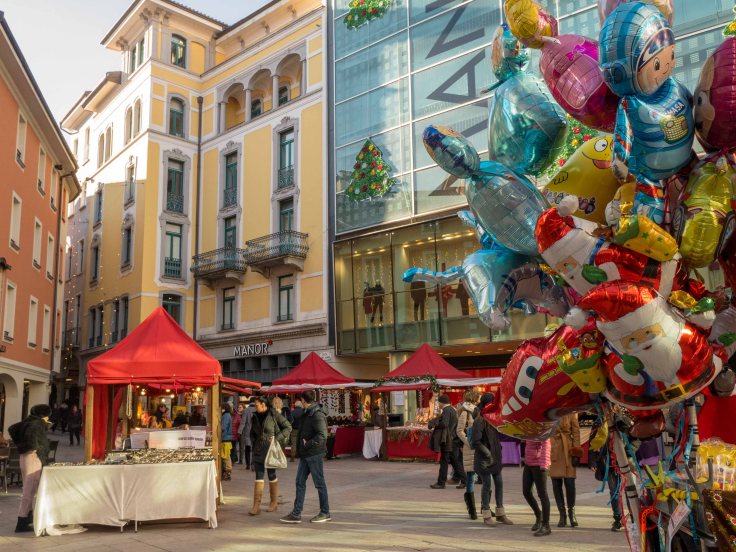 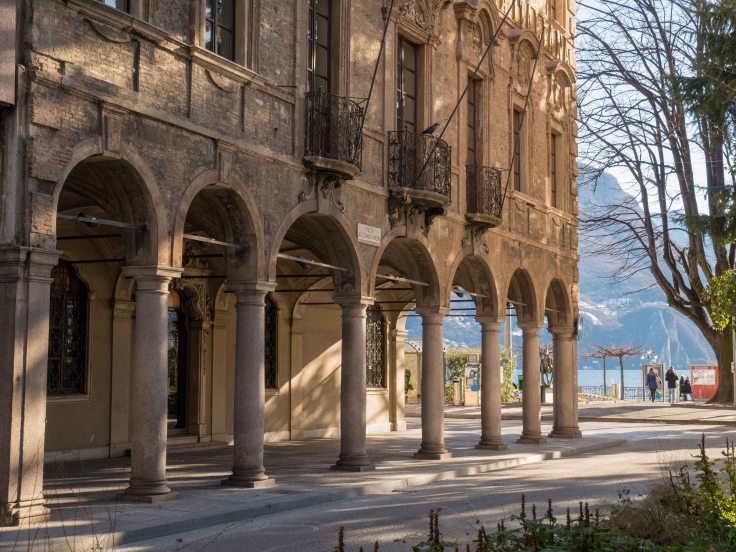 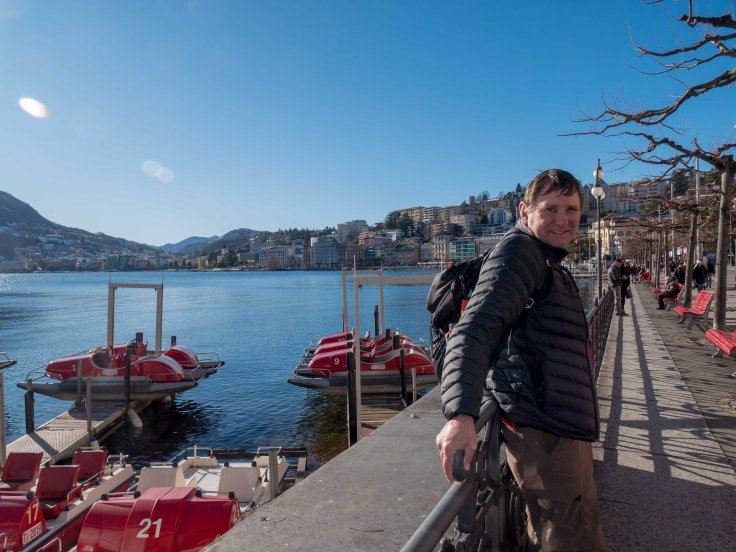 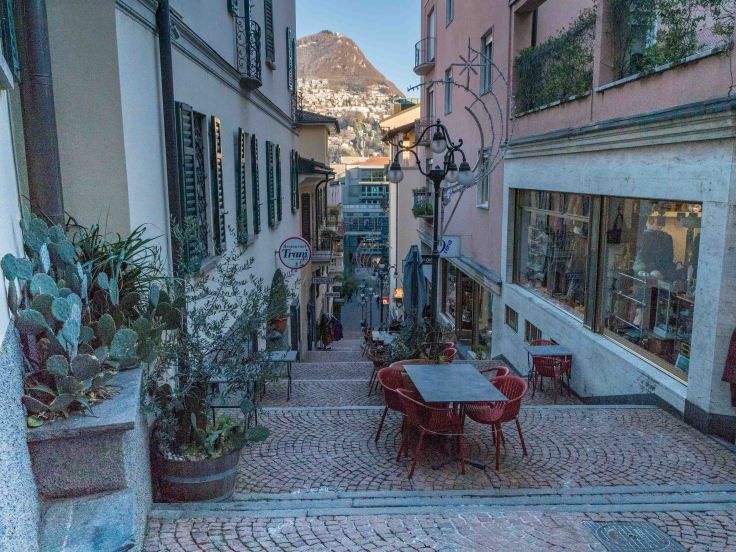 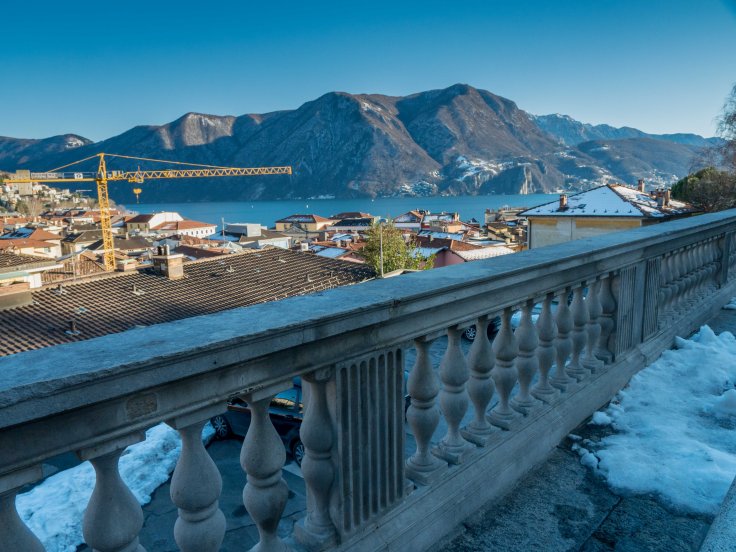 The Lugano Cathedral caught our eye as we walked back up the hill to the train station. 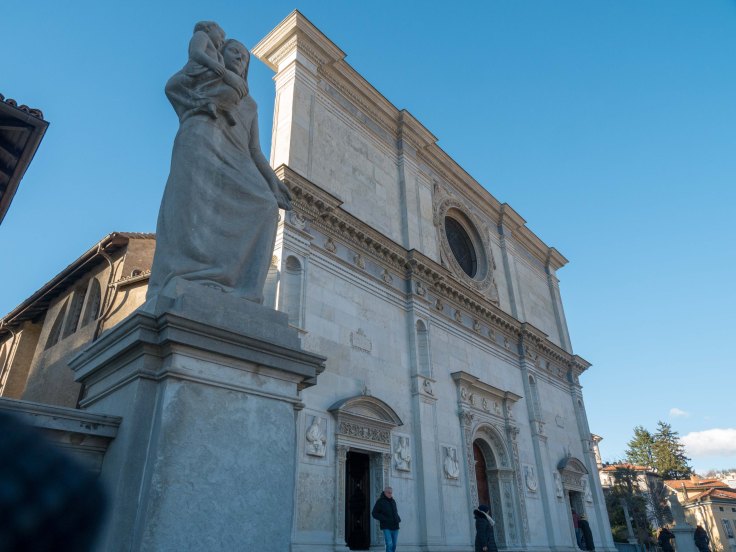 There are a few shops at the station, including a chocolate shop displaying the typical stacks of barks.

Though it was too dark (the well-lit inside created obstructive reflections) and too fast to catch any shots of the scenery zipping by us on our way home, I had to try for at least one.

We had to overcome a couple of challenges in order to take this trip.

2 thoughts on “Stans: Train to Lugano”